You got a hint of it over Fashion Week, but here it is our Ellery mini documentary. See behind the scenes and the amazing show.

Li Bo, The Importance of Ancient Western Relics, 2007. Oil on canvas at the White Rabbit Gallery

The colour of the Acne shopping bags

Gary Bigeni’s summer10/11 collection was so well received over Fashion Week that I decided to let you in on his personal showing with StyleMeRomy. It’s actually becoming quite a rarity these days to be taken through a collection directly with a designer. Bring it back, it makes you understand the collection so much more, take a look.

The New Guard’s, Erin Skipter and Anna Sergiou share their thoughts on the show from a buyer’s perspective…

We were wowed by two things that day: PR guru Holly Garber’s ability to run the event with military-style efficiency, all the while looking as though she should be walking in the show herself, and Dion’s crystal-growing abilities. The Terry Biviano high sandals used in the show were completely adorned in the crystals Dion grew in the weeks leading up to the show. Who knew fashion’s new golden boy doubled in after dark Weird Science? Guys, what were your favourite looks from the show and what will you be buying for The New Guard?

Anna: I love Dion for the men’s’ tailoring. I’ll be wearing the skinny lapel blazer in black and if I know Erin, she’ll choose the light blue deconstructed blazer… it was worn with a double layer vest.

Erin: Yes! Love Dion’s use of dusty colours this time round but the black sleeveless tuxedo-dress was a winner for me too.

Clare: The digital prints were new for Dion. Did they work for you?

Anna: loved the long-sleeve dress and skirt. It looked like huge ink stains. It’s a commercial option that will have great sell-through.

Erin: The pleated dresses knotted at the front were incredible too. I’m looking forward to seeing how they fit.

Clare: How do would you describe a Dion Lee customer?

Anna: She’s different to our normal clients. She’s directional, wears clean lines and Dion is the only local label she wears

Clare: Errr, you just described yourself except you only wear BLACK! Why do you think he won Australian designer of the year?

Anna: Because the design and detail is original and architectural. There’s no obvious reference to his peers or counterparts. He is true to his vision and his vision is HIS own. 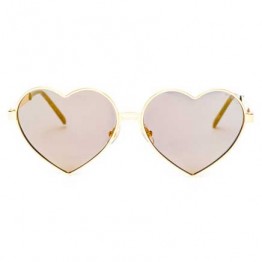